In 2020, ravaging Typhoon Rolly arrived in the Bicol region with fury and left behind vast areas of devastation. Human lives were lost due to flash floods, houses wrecked, roofs blown away, big trees uprooted, electric posts down on the roads, livestock flooded, and  banana plantations completely destroyed; not one remained standing.

churches that was completely destroyed by the Typhoon in 2020. 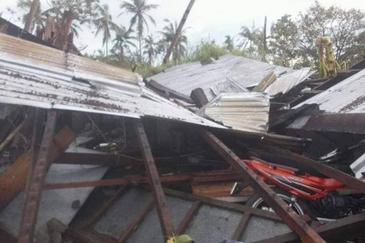 Pastor Albert Dichoso and his family

Mission: To create, support, mentor, and network for Christ worldwide!
Vision:  Working together so everyone can experience the love of Jesus personally. 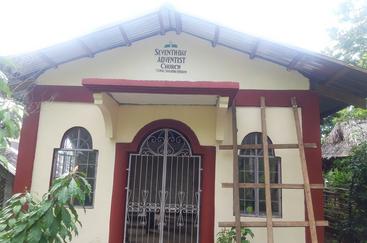 MPI is sponsoring Pastor Albert to finish his ministerial degree. He is doing it through distant learning from AIIAS, The Adventist International Institute for Advanced Studies near Manila. Albert shepherds 25 churches. During 2020's typhoons, two were completely destroyed and four were damaged badly including the church that contains his small apartment.

Marriage took place when he was a junior in college, which eventually made him stop schooling to support his family. While he was working in the press, a deep desire to share GOD's word begun to grow within him. He prayed and studied the Bible more earnestly, all the while asking God to help him share God's Word. He attended several Bible study groups conducted by different ordained ministers and laymen. He keenly observed their different methods and personal dealings with men as they shared. All the while he was doing his own Bible studies with other people too. Later, after many studies and observations, he developed his own Bible studies. He became well in-demand in giving Bible studies. This time he prayed to God for a sign about his ministry.

The press needed to lay off some workers, so he resigned. It was then that he applied as a layman in Atis Church, and he was readily accepted because the  church had seen his active work.

His hard labor did not escape the eyes of men from the Union Conference. Pastor A. Asoy, who was the head of the Ministerial Department during that time, offered him a scholarship in Theology at South Philippine Adventist College at the same time offering him a part time job as a layman while studying. This made him happy. But he had a big problem, because of being out of school for a very long time, he could not speak English although he could read and understand it. After four years of study and work, he got his diploma and became better equipped for the LORD's work.

He continues his Bible studies at every opportunity - or he creates one. He is still working as a layman up to this time. 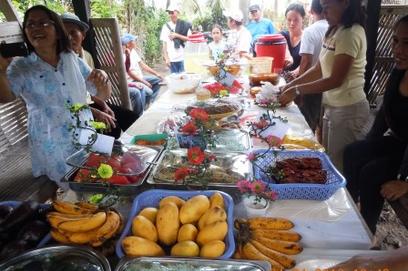 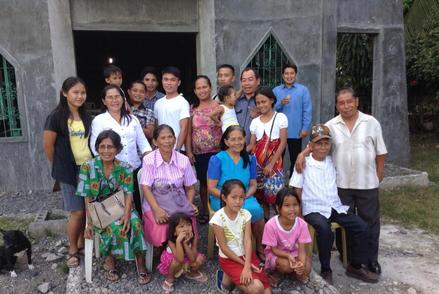 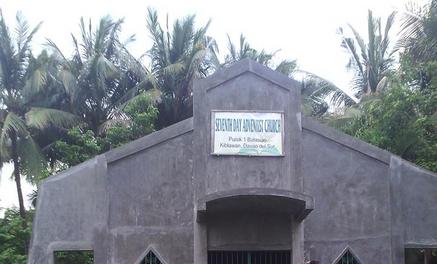 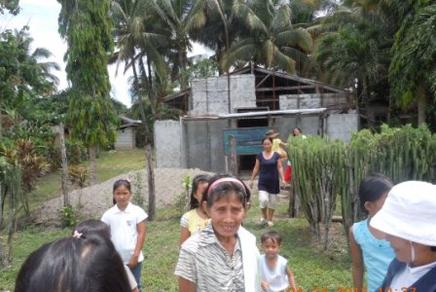 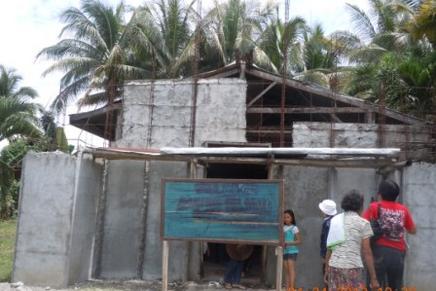 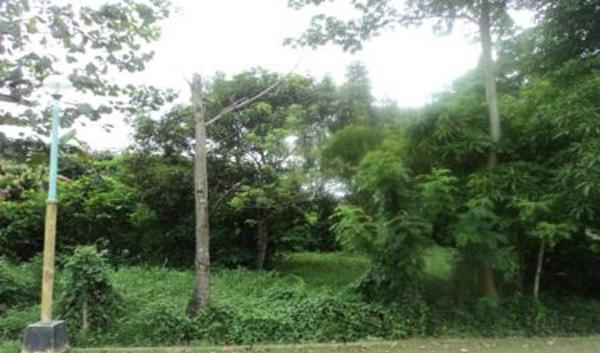 Pic 1 tarps to enlarge church
Pic 2 looking up the rugged steps to the church.
Pic 3 inside the church
Pic 4 inside after it was finished
Pic 5 Outside after it was finished
New Zion was one of the first churches to be renovated.  It sits up on a hill overlooking the village. The village can hear the services since it is on a hill. There were steep stairs going up to it that were just dug out of the hill and quite scary to go up. The church needed to be made bigger. They also needed a restroom and a place for the children.  The members had stretched tarps to make it bigger but they needed a more permanent building.

Our church building project here in Caramoan is just about to be finished. This was the situation when I first came. 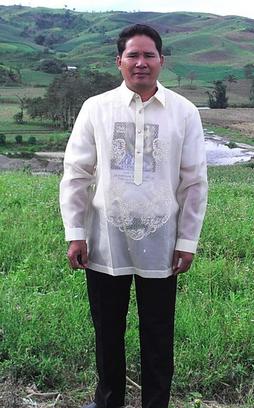 written by by Tessie Aspe

This is Bro Pedro Casio, a hard working man who formerly worked for a printing press as a binder while supporting his way to college.

Thank you for your response; it meant life for them. Thank God for your kind hearts! 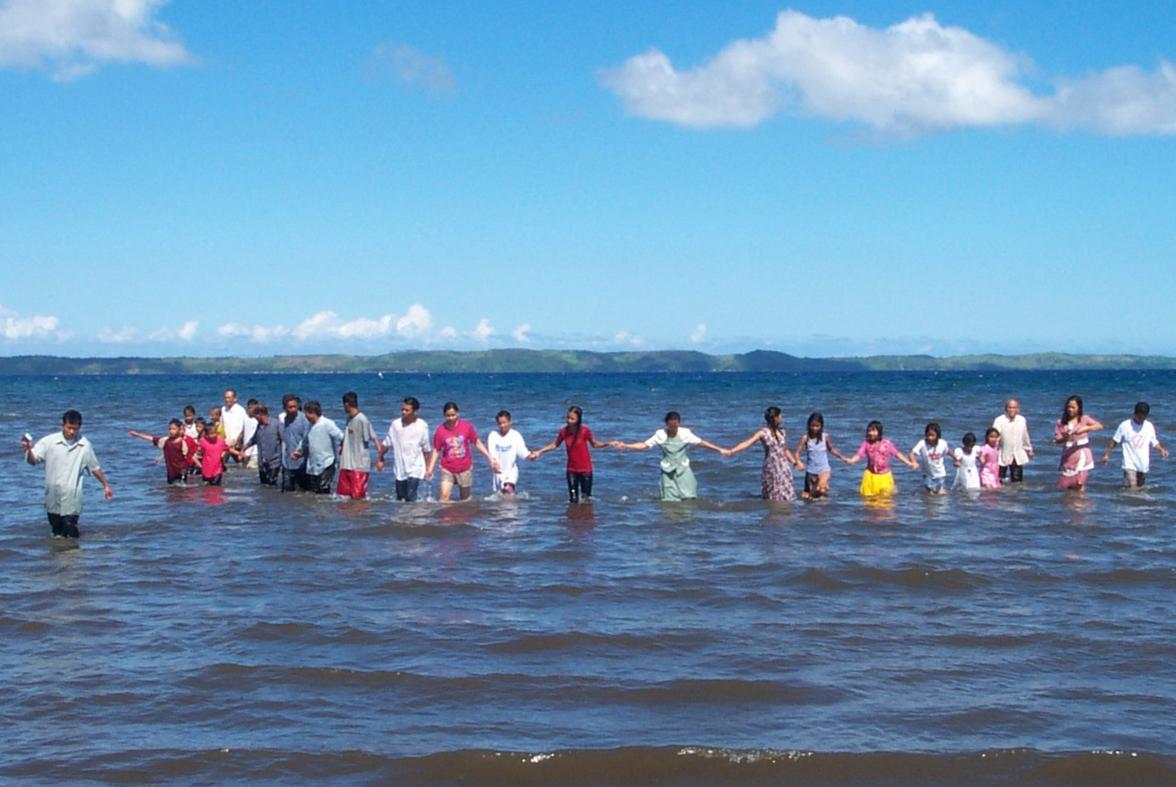 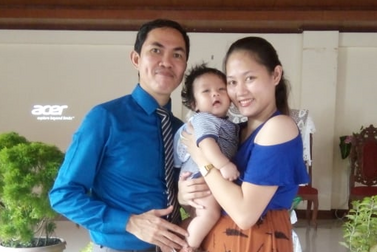 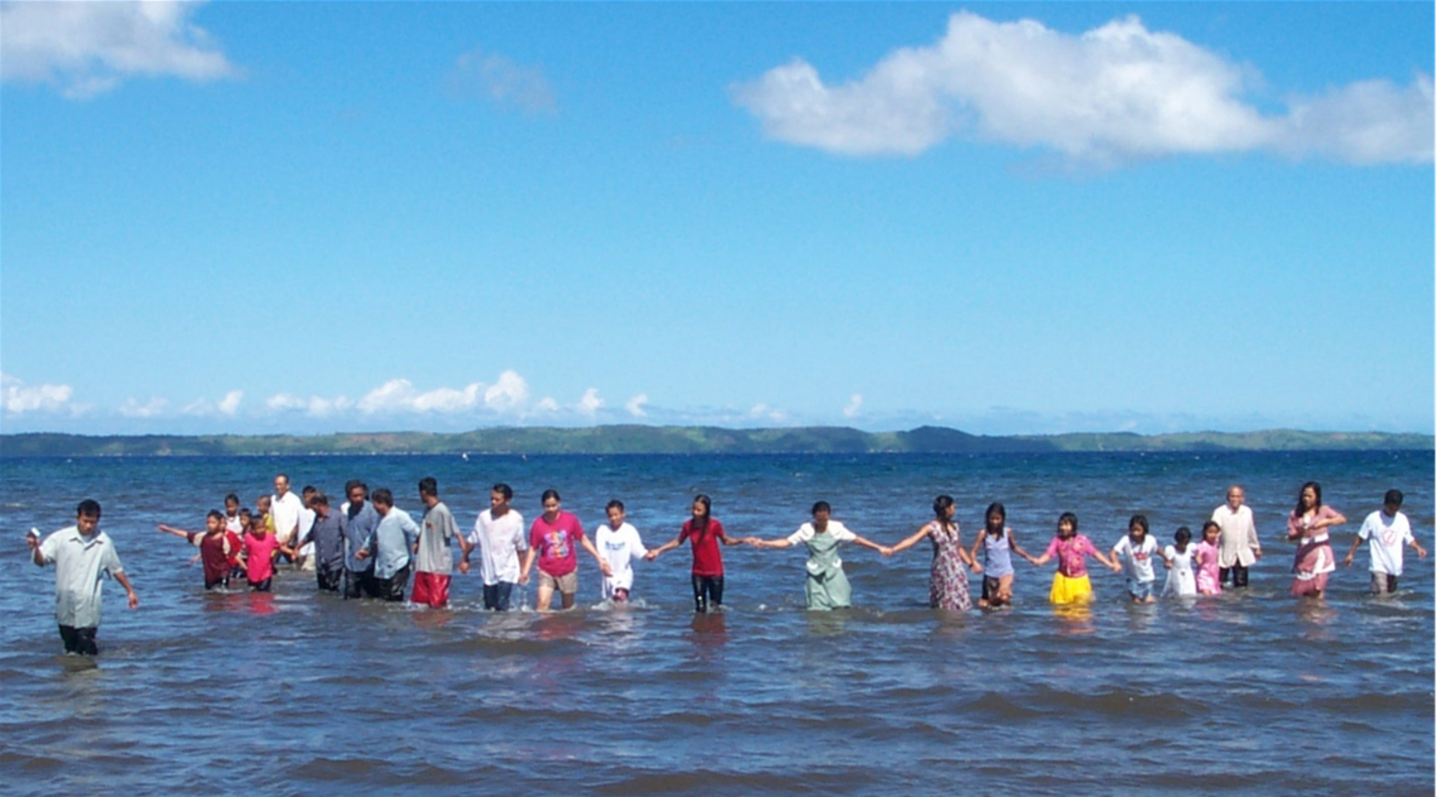 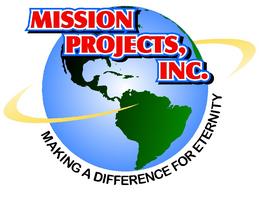